Exploring the wooded countryside of Normandy, an authentically rural land

In search of greenery and a sense of freedom? Recharge your batteries by exploring Normandy’s wooded countryside. Expect authentic towns and villages, a real change of scene, and a huge breath of fresh air.

First of all, what does “bocage” mean?

Although this word probably means something to you, it might be difficult to define. “Bocage” (wooded countryside) is not specifically a Norman word, but a general term used to describe rural areas of farmland and meadows with boundaries formed by embankments planted with hedges and trees in varying degrees of regularity. The vegetation on these embankments can grow to heights of 20 metres and generally serves the purpose of demarcating different plots. Although this method of organising the land dates back to Antiquity, today’s bocage areas are a legacy from the Middle Ages and periods when clearing work was carried out to make way for mixed-crop plots. This intercropping system was conducive to the development of natural support systems between different crops.
Hence, this type of wooded countryside can, theoretically, be found all over Europe, including France of course. The bocage of Normandy is one of the most obvious examples of these areas of wooded countryside, many of which are located in Orne.

The diversity of towns in the wooded countryside of Normandy

So the bocage area, Normandy’s wooded countryside, is the legacy of this natural harmony. Stretching across some 100,000m² of Lower Normandy, including a major part in the French department of Orne, the bocage boasts many towns and villages that are waiting to be explored.

One of the region’s best-known towns is none other than Bagnoles-de-l’Orne. Located in the heart of Orne and just a three-hour drive from Paris, it is one of the region’s tourism hotspots. Visitors come to take the waters, well-known for their health benefits since Antiquity. Once your batteries are recharged, there’s lots more going on in this town where the restaurants and casino invite you to stretch your evening into the night, in the “Belle Epoque” districts that give this holiday destination such incredible charm.

In search of authenticity, heritage and tradition? Then Domfront is the place to be. This medieval town alternates between picturesque cobbled alleys, a neo-Byzantine church and, above all, the remains of a castle built by William of Bellême in the early 11th century.

Saint-Fraimbault, the village in bloom

Why not round off your itinerary with a visit to Saint-Fraimbault? This village named after Fraimbault de Lassay, an evangelistic saint and hermit who lived here during the 6th century, is also famed for its “Odd Gardens” initiative whereby plots of land are made available to local residents to create unusual gardens based on a different theme each year.

Despite the fact that the land is an organised alternation of meadows and pastureland, this wooded countryside remains nonetheless a beautiful natural setting. The paths across the fields make lovely terrain for walkers, and the many embankments are truly horns of plenty. With blackberries in spring, walnuts and chestnuts in autumn, and hazelnuts in summer, these hubs of biodiversity are truly a gatherer’s heaven, a wilderness just waiting to be explored. Who knows, with a bit of luck, you may meet along the way hares, deer, badgers and other local residents. The promise of wonderful encounters!

Also waiting to be explored

Started 15 years ago, created over time, born after the... 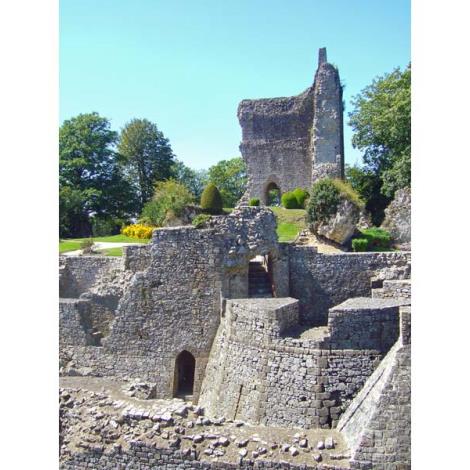 Relics of the Château de Domfront

The Castle of Domfront was built on an outcrop of... 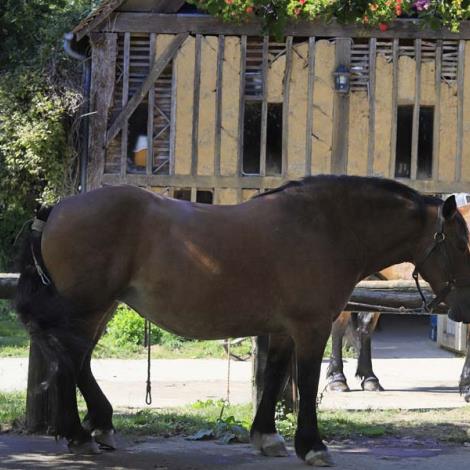 6 km from Bagnoles de l'Orne, an unusual farm of... 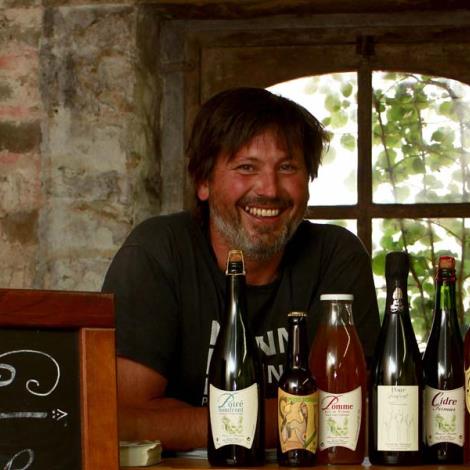 During the summer, guided tours leave every Friday at 11am,... 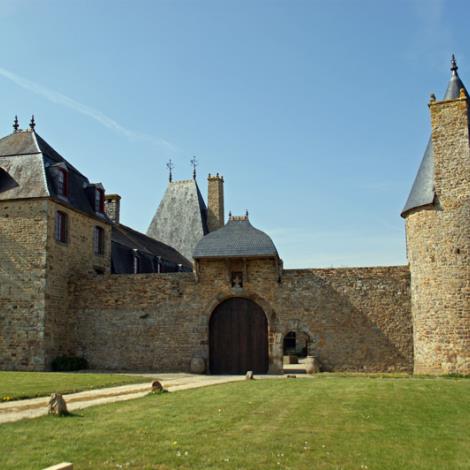 La Chaslerie is manor estate from the Domfrontais bocage. This...